FOUR great deals to kick off your weekend!

#1  Summer of Love by Debra Elizabeth

June 25 was supposed to be the best day of Jessica Blackstone’s life, but a family accident sends her perfect life into a tailspin. Trying to cope with the tragedy, she retreats to the family beach cottage for some much needed solace.

John Smith has been burnt by love, and is not interested in another relationship, that is, until he meets the beautiful and fragile Jessica. Can these two lost souls find love and heal their fractured hearts? 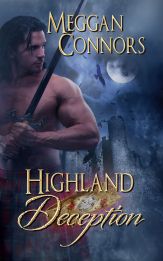 When Kenneth Mackay, long-banished rogue and thief, returns to the Mackay holding at the request of his brother, he has no idea what he might find. He certainly doesn’t expect to be confronted with his twin’s imminent death, or with the plan his brother has concocted.

Ten years before, Malcolm made a tragic mistake, and, to preserve the family name—and his own skin—he allowed Kenneth to take the fall. Now that he is dying without an heir, Malcolm plans to atone for his mistake: by giving Kenneth his life back. All Kenneth has to do is assume his brother’s identity. But complicating matters is the unexpected return of Lady Isobel Mackay, the daughter of an English marquess and the wife Malcolm didn’t want.

Isobel barely knows the husband who abandoned her even before their marriage, and she’d long since given up on having a real marriage with him. Yet when she returns to the Mackay holding far earlier than expected, she finds her husband a changed man. Despite the hurt between them, Isobel’s heart responds to this man who cares for his entire clan as if they were family. Who, for the first time, cares for her as if she is, too.

Falling in love with her husband had never been part of Isobel’s plan. But when their future is suddenly in peril, Isobel must find a way to save him—from himself and from the deception threatening to tear them apart.

Get it now for just $.99 at Amazon     Checkout all of her books at Author Central.

#3  Lattices of Love by Eris Field

Emine Wheeler, a 26-year-old Turkish-American professor of psychiatric nursing, has vowed to marry for love, like her American father. When she meets Marc van Etten, a reticent Dutch psychiatrist, at a conference in Amsterdam, she recognizes him as the man she has been waiting for and knows that she can’t live behind the lattices of old harem rules any longer.

Marc, who believes that his colleagues blame him for his wife’s suicide, restricts his life to work and caring for the troubled four-year-old girl he calls his daughter. But, when Emine runs into difficulties, he offers his assistance. Emine, ignoring the age-old harem rule that forbids talking or spending time with a man who is not a family member, accepts his help.

Later, when Emine must choose between accepting the family-approved proposal of a man she does not love or damaging her family’s honor, Marc offers a solution—marriage. It will save her family’s honor and provide a mother for his daughter.

Believing that her fierce love for Marc will be enough, Emine agrees, only to discover that it is not. When Marc erroneously accuses her of betraying him, she flees.  Realizing belatedly that he loves Emine beyond everything in his life, Marc must find a way to win her back.

#4  Across the Tigris by John Roane 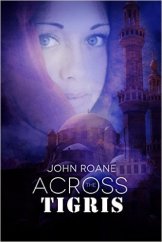 The Second Gulf War is in its occupation phase. Military Policeman Devlin Delaney is going home. On his last day of duty, he stumbles upon treason, adultery, and the murder of a young Iraqi woman by crucifixion. His investigation puts his life at risk and exposes a conspiracy that could tear the Army apart. Falling in love with the beautiful victim’s ghost is not part of the plan.

*Special deals are subject to change without notice. Please refer to retailer sites for official pricing and length of offering.