Molly Harper is a movie star whose fans think ‘has it all’. Cruz Morales is Molly’s true love, and he hates the media intrusions into their life.

Molly and Cruz are going to have a baby. And throw a secret wedding for her brother Harry.

What could go wrong?

Read DECEMBER WEDDING, the sequel to DUETS and MOLLY HARPER, and find out if there really is a happy ever after for Molly and Cruz.

Grab your copy today on Amazon.

Emelle is awarding a $20 Amazon GC, plus a digital copy of December Wedding to a randomly drawn commenter throughout the tour.  Click HERE For Rafflecopter.  To follow the tour, click HERE. 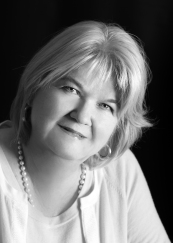 Always intrigued by the words ‘what if’,  Gamble’s books feature an ordinary woman confronted with an extraordinary situation.  Emelle celebrates the adventurous spirit of readers, and hopes each will enjoy the exciting and surprising journeys her characters take. 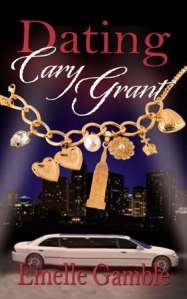 Mike Connor, her estranged husband, a small town Mayor who loves his wife but doesn’t seem to have enough time to see her.

The handsome stranger, Philip Adams, who lives downstairs from the small sublet Tracy has temporarily moved into. He’s charming, funny and looks a lot like her very favorite screen icon, Cary Grant.

Dating Cary Grant is a romance all about New York City career woman Tracy Connor struggling with real issues with her real guy, her husband of six years, Mayor Mike Connor of Cukor, Connecticut. Tracy is a smart woman, but some of her problems with relationships are partially caused by her unrealistic expectations that real guys should – and can – behave like matinee idols. Mike’s problems are also caused by the fact that he’s such a great guy and overextends his heart, and his appointment calendar, to every constituent, friend or stray animal who crosses his path.

Tracy is also being stressed by a TV reality show intent on showcasing Tracy and Mike’s personal life, as well as the imminent takeover of her employer, a small, private television station, by a billionaire with unlimited funds and no taste.

Dating Cary Grant considers just how selfless a man needs to be to meet his wife’s expectations, and just how honest a woman must be with herself about what she’s willing to give, and give-up. And Cary Grant is along to help prove that any woman’s search for ‘Mr. Perfect ‘ might take her to a surprising place to find him.

Tracy put her hand on the knob to open the door a crack so she could hear better, when suddenly someone knocked, then knocked a second time!

The vibration went right through the door into her forehead. She yelped and stepped back, just like the other night, but this time, thankfully, the lock was engaged.

“Hello?” a man asked pleasantly. “Sorry if I startled you.”

Tracy stared at the door, immobile with surprise. She cleared her throat and put her right hand over her heart, as if that would slow the galloping beat down.

The man knocked twice again. “I don’t want to be a bother, but I’ve come to borrow ice cubes, if you have them. It’s quite a catastrophe, really, having no ice, so you can save the day if you have a tray or two to spare.”

His voice was smart and cultured. He had the accent of an Englishman by birth and world traveler by choice.

“Why don’t you come downstairs and have a drink, for that matter? If you’re decent, of course. Or even if you’re not.” He chuckled and tapped the door gently. “Come on. Shy, are you? Don’t be afraid, I promise I’m a perfect gentleman this time of night.”

“Yes, hello,” Tracy surprised herself by replying. “But I’m sorry; I don’t have any ice cubes. Sorry.” What a pinhead, she chided herself. Apologizing when I had no reason to, just like the woman on the bike told her.

“No ice cubes? You poor darling! Well, you must open up and go downstairs with me. I’ll steal some for you from the party. Right out of someone’s glass. It might be rude, but, well, I’m willing to be rude in times of crisis. No girl with a voice as lovely as yours should be without ice cubes on a Saturday night. What if she fancied a cocktail?”

Tracy smiled. “Actually it’s Sunday morning. About three thirty, as a matter of fact. And I certainly can’t come out, as I’m dressed for bed, and it’s a bit early for me to be drinking a cocktail.”

“Early? Well, that’s all the way you look at it, my dear.” The door creaked as the visitor leaned his weight against it. “To my way of thinking, 3:30 a.m. is the very heart of the evening. Why don’t you throw on something more acceptable to the general public and join me? What do you say?”

Tracy put her hand on the door and peered through the stained glass but could make out only a vague figure of a man in a dark suit. His voice was amazing. If he looked half as hot as he sounded, then the neighborhood was even better than she had expected.

Should she open the door to get a look at this guy? She glanced down and frowned at the white tee shirt and pink socks she‘d been sleeping in. The shirt was Mike’s. Suddenly the image of her husband filled her head, squelching her curious impulse.

Tracy crossed her arms over her chest. “Thanks, but no. Sorry.” She grimaced. God lord, I am pathetic. “Goodnight!” Her voice was firm. “I’m going back to sleep now. Have a nice party.”

“Well, all right. But next time I’ll stay here until you come out and meet me properly,” the man replied. “I’ll go back to my friends. Although you don’t sound like you need it, you’ve still got a few hours to get your beauty sleep. Good night, Miss…?”

Emelle Gamble was a writer at an early age, bursting with the requisite childhood stories of introspection. These evolved into bad teen poetry and worse short stories. She took her first stab at full length fiction in an adult education writing class when her kids were in bed twenty years ago. As M.L. Gamble, she published several romantic suspense novels with Harlequin. Soul Mate Publishing brought out Secret Sister, a paranormal women’s romantic fiction novel in the summer of 2013. This was followed by the novella, Duets, in November, 2013, and the follow on novel starring the characters from Duets, Molly Harper, in January, 2014.

Always intrigued by the words ‘what if’, Emelle’s books feature an ordinary woman confronted with an extraordinary situation. She most enjoys reading stories that surprise and amaze her, and hopes her readers will enjoy the challenging and exciting journeys her characters take.

Emelle lives in suburban Washington D.C. with her husband, Phil, her hero of thirty years, and two orange cats, Lucy and Bella. These girls, like all good villains, have their reasons for misbehaving. Her daughter, Olivia, and son, Allen, are happily launched on their own and contributing great things to society, their mother’s fondest wish.