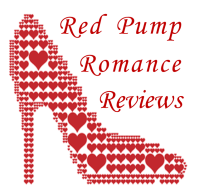 NEVER is a dangerous word. Our heroine, Mia finds this out the hard way. As a young girl, she was madly in love with Vander. But when he humiliates her in front of two of his best friends, she stands up to him, telling him that she would never ever marry him, even if he were the last man alive.

Fast forward thirteen years. Mia becomes a successful author. She’s independent. But she suddenly finds herself needing Vander. Not for herself, but to save her nephew, Charles. And it’s for the love of her nephew that she’s able to summon the courage to show up at Vander’s home and ask him to marry her. Blackmail him, actually.

I love Eloisa James. And if you haven’t read the Desperate Duchesses series, I encourage you to do so. The books are definitely stand-alone, but you’ll fall in love with all of her characters and every book holds special appearances by some of my favorites. James’ heroes and heroines are smart, witty, sassy. You’ll find yourself loathing Vander for the way he treats Mia, stomping on her insecurities, criticizing her for her dowdy way of dress and other imperfections as he tries to keep her at a distance. But then he’s totally forgiven when you see the emotion and protection he gives Charles and his ultimate surrender to the love he feels toward Mia that he’s simply can’t hide any longer. It’s a must-read!

Four Nights with the Duke gets FIVE Red Pumps!

As a young girl, Emilia Gwendolyn Carrington told the annoying future Duke of Pindar that she would marry any man in the world before him-so years later she is horrified to realize that she has nowhere else to turn.

Evander Septimus Brody has his own reasons for agreeing to Mia’s audacious proposal, but there’s one thing he won’t give his inconvenient wife: himself.

Instead, he offers Mia a devil’s bargain… he will spend four nights a year with her. Four nights, and nothing more. And those only when she begs for them.

Which Mia will never do.

Now Vander faces the most crucial challenge of his life: he must seduce his own wife in order to win her heart-and no matter what it takes, this is the one battle he can’t afford to lose.

Eloisa is giving one lucky commenter a print bundle of the entire Desperate Duchesses series. Click HERE for Rafflecopter. To follow the tour, click HERE for dates and blog.

A New York Times bestselling author, Eloisa James is a professor of English literature who lives with her family in New York, but who can sometimes be found in Paris or Italy. (Her husband is an honest to goodness Italian knight!) Eloisa’s website offers short stories, extra chapters, and even a guide to shopping in Florence.