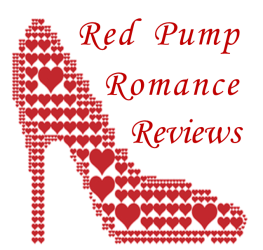 I Adored a Lord by Katharine Ashe, Book Two in the Prince Catchers series.

My only disappointment in I adored a Lord is that my schedule didn’t afford me the time to read book #1 in the series first.  I adored a Lord is definitely a stand-alone book, but I really like series and I can’t wait to go back and read I Married the Duke, the story of Ravenna’s older sister, Arabella.

Anyway, you should know by now that I love a strong heroine. Ms. Ashe did not disappoint! Ravenna Caulfield was orphaned as a small child, along with her two sisters. She has a tender heart and cares for her guardians’ animals, as well as those of her neighbors. She’s an invited guest at the home of Prince Sebastiao, who is supposed to be picking a wife from among the many young ladies present. But catching the eye of the prince is the last thing on her mind.

Lord Vitor Courtenay has spent years serving his family and his country, jumping from adventure to adventure, dodging danger at every turn. He’s now been assigned the illustrious job of helping his half-brother find a wife. I think I fell in love with him the moment he championed a wallflower who was being mistreated by two society brats. And again when he welcomed a puppy (the runt of the litter) Ravenna stashed in his rooms.

This isn’t your ordinary romance. Ms. Ashe takes us on a mysterious journey when an uninvited guest turns up dead, wearing a full suit of armor. The trail to finding the killer is led by Ravenna and Vito’s investigation, as the local mayor is inept and their natural personalities draw them into following clues and pursuing answers. Their trust in each other, and their combustible attraction, grows as the adventure brings them together in some of the most intriguing romantic settings possible.

This series should be on the top of your TBR pile! But start with book #1. I know I’m backtracking as soon as I can and can’t wait for Eleanor’s story. She’s the only sister left; therefore she must be the Prince Catcher.

I Adored a Lord gets 5 Red Pumps!

She’s intended for his brother. He’s destined for adventure. Then a dangerous mystery throws them together, and all they want is each other.

All that clever, passionate Ravenna Caulfield wants is to stay far away from high society’s mean girls.

All that handsome, heroic Lord Vitor Courtenay wants is to dash from dangerous adventure to adventure.

Now, snowbound in a castle with a bevy of the ton’s scheming maidens all competing for a prince’s hand in marriage, Ravenna’s worst nightmare has come true. Now, playing babysitter to a spoiled prince and his potential brides, Vitor is champing at the bit to be gone.

When a stolen kiss in a stable leads to a corpse in a suit of armor, a canine kidnapping, and any number of scandalous liaisons, Ravenna and Vitor find themselves wrapped in a mystery they’re perfectly paired to solve. But as for the mysteries of love and sex, Vitor’s not about to let Ravenna escape until he’s gotten what he desires…

Avon is hosting a Tour Wide Giveaway for Three Winners to receive a Digital Copy of I MARRIED A DUKE, book Two in the Prince Catchers series.

Award-winning, best-selling author KATHARINE ASHE writes intensely lush historical romance, including How To Be a Proper Lady, among Amazon’s 10 Best Books of 2012 in Romance, and eight other acclaimed novels set in the era of the British Empire. With the publication of her debut novel in 2010, she earned a spot among the American Library Association’s “New Stars of Historical Romance.” She was a nominee for the 2013 Library of Virginia Literary Award in Fiction, and in 2011 she won the coveted Reviewers’ Choice Award for Best Historical Romantic Adventure. Katharine is also a finalist for the 2014 RITA® Award, the highest honor in the romance fiction industry, for How To Marry A Highlander.

She lives in the wonderfully warm Southeast with her beloved husband, son, dog, and a garden she likes to call romantic rather than unkempt. A professor of European History at Duke University, Katharine writes fiction because she thinks modern readers deserve high adventure and breathtaking sensuality, too. For more about her books, please visit her at www.KatharineAshe.com.